Everything planned, photographed and edited by me.

France, 14th of July 2016. The country is celebrating its National Day. As every year, spectacular fireworks are displayed in almost each city, attracting lots of people, families, children. It is one of these occasions where joy can temporarily make sadness disappear. Alas, not this day. In the city of Nice (located in the south of France, next to the sea), a few minutes after the fireworks, a man managed to drive with a cargo truck through the crowd, killing 85, and injuring hundreds. Among the dead persons, mothers, fathers, even children, who were unfortunately on the path of the truck.

I don't feel like commenting on the geopolitical nor religious situation that led there. I am too sad to think or analyze. For now, I'd rather stick to some of the stories the survivors told. For example, a mother and her 4 years old daughter were in line to buy candies, when the truck arrived on them. The woman saw the truck a couple of seconds before the impact, and immediately understood what was going on. She managed to grab her girl, and lie with her on the ground, just between the wheels of the truck, letting it pass above them. Miraculously, they both made it. Of course, the little girl and her mother witnessed lots of horror this night. A few days later, back on the street where it all happened, the girl asked:"Mummy, where do the dead children go?" She wanted to leave her very favorite toy on the ground, as a gift for them. The mother answered: "Don't worry, they are with their parents in the heaven". Then, the girl took her toy back and said: "We, for ones, are not dead. Do you remember when you put me back on your belly as when I was a baby, to save me from the bad truck who stole my candies?"

The sea portion just next to this street is called "Angels Bay", "La Baie des Anges". 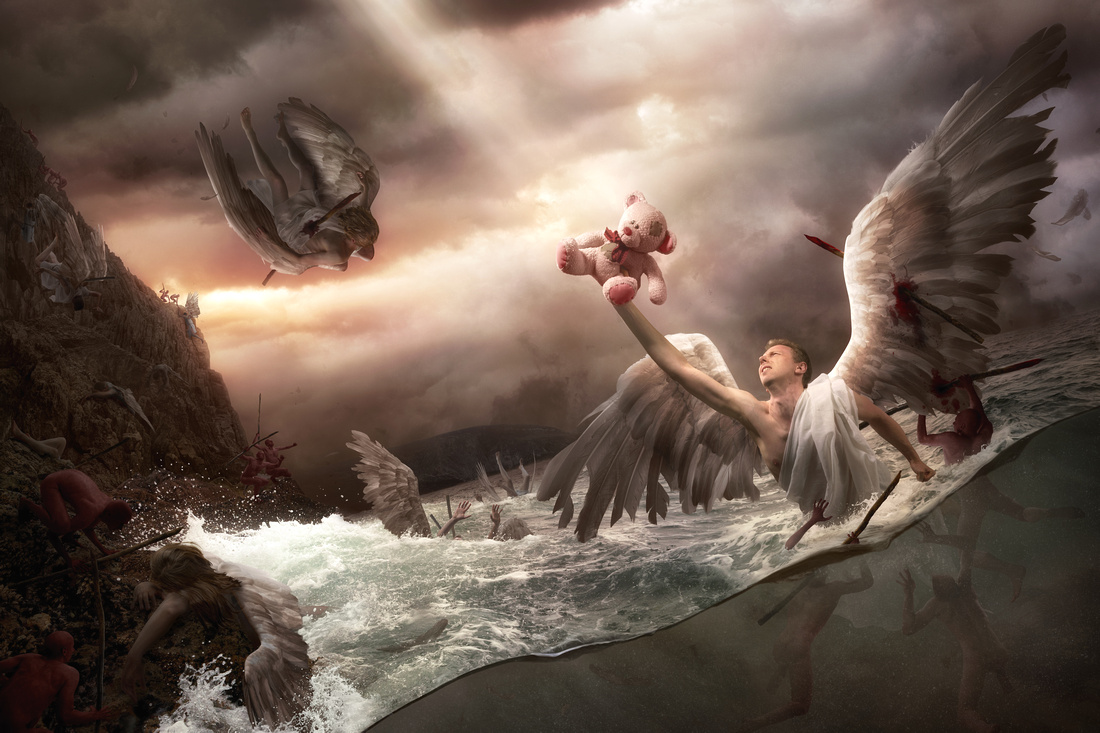