This image is actually an order from a theatre troupe that contacted me. They needed a poster for their new play "Histoires de Famille" ("Family Stories"). They are specialized in improvisation, and had quite a few constraints in mind regarding the picture: no actor face should be visible (the persons on stage tend to rotate, depending on dates), it had to convey ideas of "stories" and "family" (obviously), big enough to be seen from a distance (in the metro or on city walls), and avoid being too frightening or too political (as the play is open to children).

After some discussions, I suggested to recycle the good old Arcimboldo's concept, with books instead of vegetables. I had initially no idea, but I quickly realized that several painters already did that, which provided good models and books positions to copy with actual photos. I also imagined some hands and a paper farandole, figurating some members of an imaginary family.

As usual, everything photographed and edited by myself, no stock. 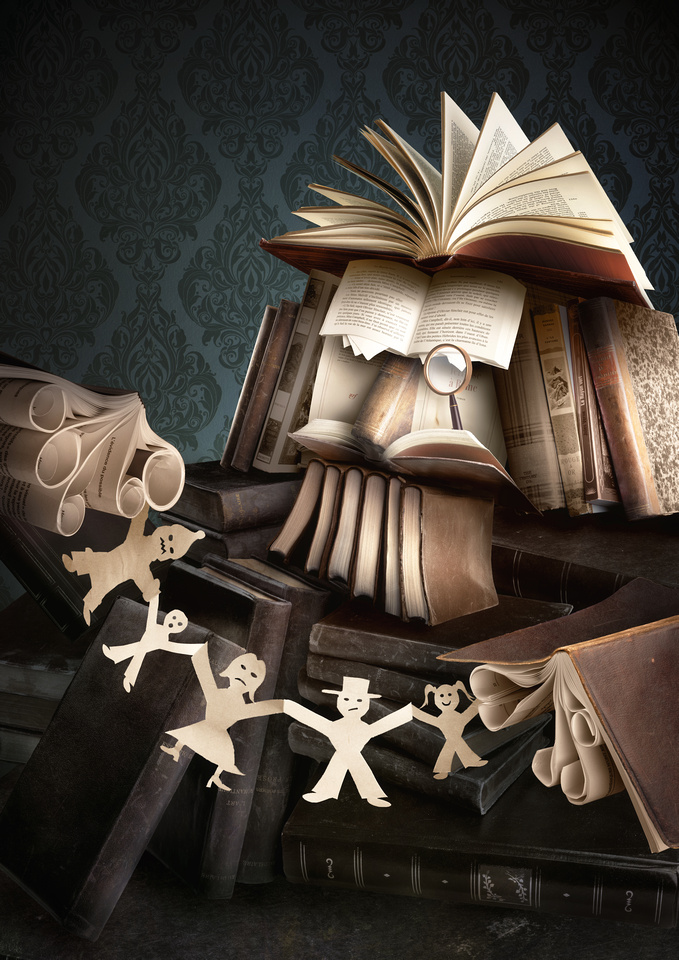