Just like last year, I was asked by Yannick, a friend of mine, to create the new poster for the theatre troupe he's in (see www.singingontheroof.com/). Despite them being all French people, they love to play in English, mostly Broadway-style musicals. This year, it is going to be "Urinetown", a anti-capitalistic satyr, depicting a society in which peeing requires money.

When we started to talk about the project, it was clear that the poster had to show the fight between the big bad company and the oppressed. After some brainstorming, I imagined this large threatening tank, running towards people only armed with rolls of toilet paper. After some Googling, I identified the "Overlord Museum" in Normandy, which had WW2 weapons and tanks available: it took an afternoon on the road to get there, but it was well worth it. Then the actors came home for a shooting session, which went quite smoothly, and was good fun! 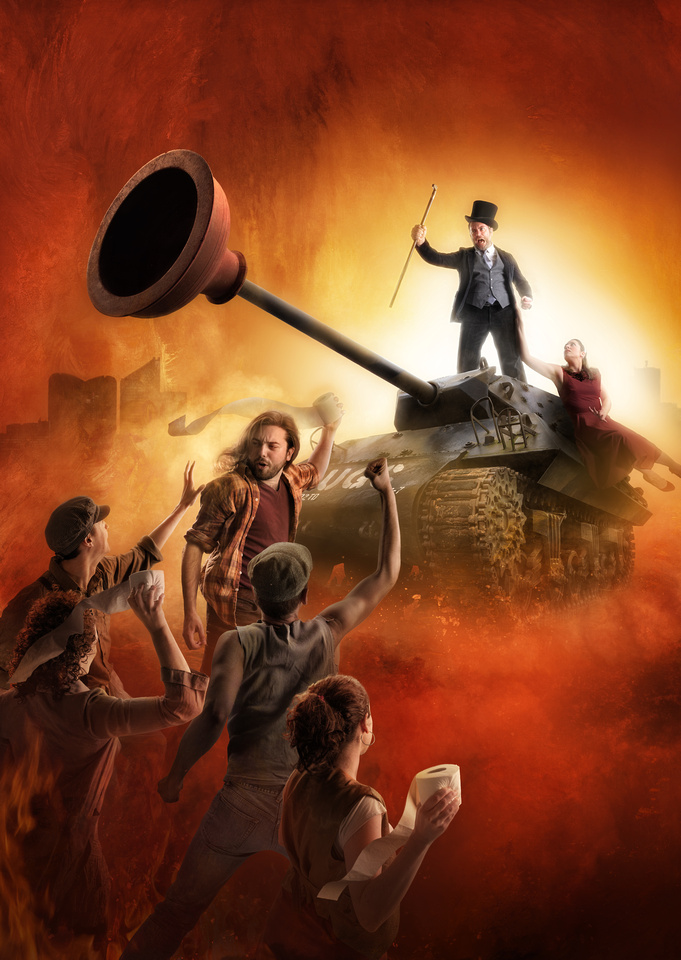