Prometheus and the Making of Man

Human beings seem to really like the idea of being special. The Earth had to be the center of the universe, their own existence had to be the desire of some superior being, and even as a local lifeform, human beings tend to consider themselves much more important than anything else. Back in his days, Aesop wrote fables, often full of this arrogance.

Here is an example, called "Prometheus and the Making of Man":
"At the bidding of Jupiter, Prometheus set about the creation of Man and the other animals. Jupiter, seeing that Mankind, the only rational creatures, were far outnumbered by the irrational beasts, bade him redress the balance by turning some of the latter into men. Prometheus did as he was bidden, and this is the reason why some people have the forms of men but the souls of beasts."

I suppose this was a way to point out ugliness in some individuals behaviour. Sure, some people out there are brutal, violent, compassionless, rude, you-name-it. Still, comparing them to animals is unfair. Many animals have subtle feelings. A few days ago, my wife saw a dead magpie in the middle of the road. While there clearly was no hope for anything, given the appearance of the poor thing, his companion kept coming back to the corpse, giving him a few peaks, then running away as another car was approaching. The sad bird kept doing that for a few hours at least. Even birds can love, can grieve.
From there, while I disagree with Aesop's fable meaning (or what I understood from it), I thought it would be funny to create an image depicting him, looking at the disaster he created. I decided that all humans should wear an animal mask: I believe we all have such legacy in our veins. So I ordered all these masks, and my wife and I had great fun wearing those for some shooting sessions! 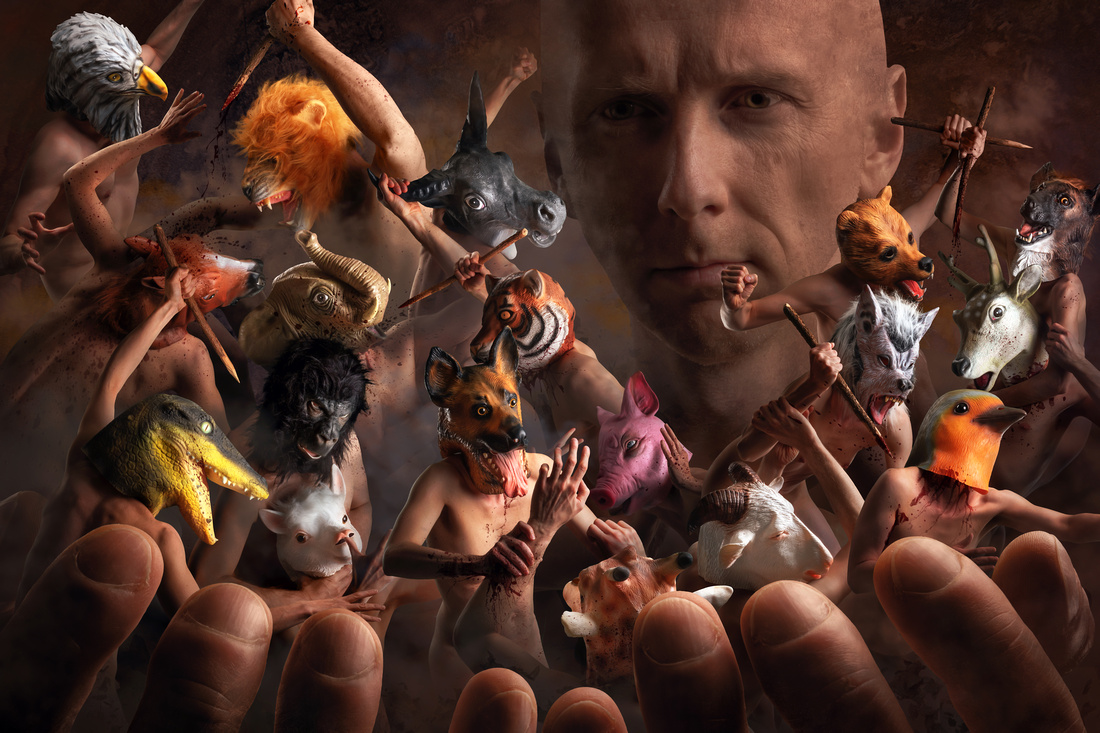 Prometheus and the Making of Man