When I was a child, I often had nightmares. It is hard to describe their content: most of the time, only a vague feeling would survive the morning, very few precise imagery. This feeling was very oppressing, creating an immense sense of anxiety, like if I had to obey an arbitrary will, giving instructions that made no sense. At around 6 to 8 years old, I remember trying to resist the sleep in the dark: I was afraid to confront  the nightmares again. Fortunately, as I grew up, they became much rarer.

However, I recently had an intense period. About 35 years later, here they are again: night after night during about 2 weeks, nightmares, that would wake me up screaming. I suppose that the COVID situation, coupled with an intense workload, had some unexpected side-effect on my brain. Therefore I decided to exorcise them by creating an image, helping them to come out of my head. My daughter Emilie, who is now 6, insisted to pose: I must say she made a great job following the instructions. I am a proud dad!

As weird as it sounds, the plan may have worked: my last few nights have been peaceful. 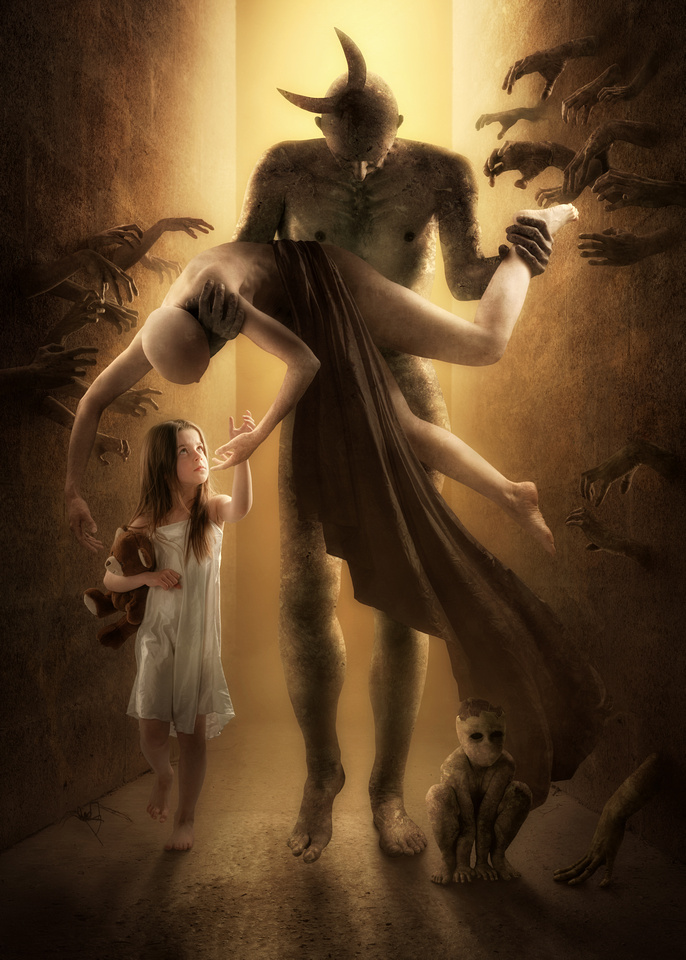